Besides being the most important touristic destination of Colombia, Cartagena de Indias is a great place to enjoy wonderful restaurants that will make your stay at this marvelous city a gastronomic experience with local and international first level cuisine.

It is not only the Colombian and Cartagena typical food but also all the influences that have been brought to this port since the 16th century when it was founded by the Spanish conquistador Pedro de Heredia.

At Cartagena arrived many immigrants that came from all parts of Europe, the Middle East, China, and obviously from all parts of Colombia. The marines also brought in the ships different kinds of products, spices, flavors and cooking knowledge that transpired into the taste of the city cooks and made them local.

So Cartagena was destined to be a gastronomic hub and it really turned to be one. In this blog we will tour thru classic restaurants of the city that have been making good food and attending happy customers for many years at this beautiful place on earth.

This are the Top Colombia Tips for classic restaurants at Cartagena de Indias, episode # 1. 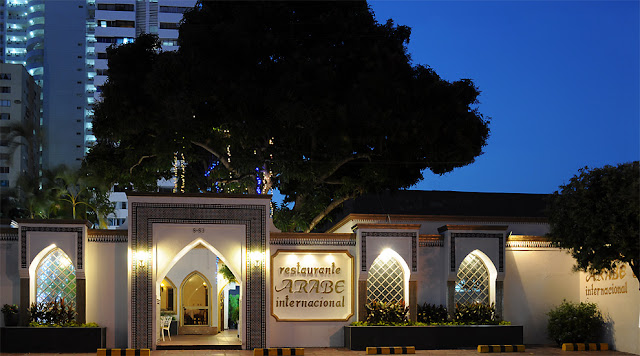 It is catalogued as one of the best restaurants in Colombia, the menu is based on Arab food with some international dishes in the offer. It is as good as it sounds, this is a restaurant in which you will go out by the door with a happy smile on your face. 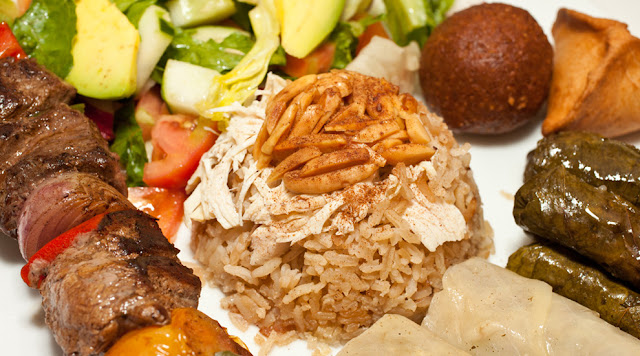 It is located at the touristic sector of Bocagrande. If you don’t know too much about Arab food the waiters would gladly assist you in the delights of this Mediterranean food that is really good for the heart and the soul.
Leave space for the desserts and the really strong and aromatic expresso coffee.
http://www.restaurantearabeinternacional.com/es/restaurante.htm

La Vitrola is one of the restaurants where famous people and personalities that come to Cartagena always go. 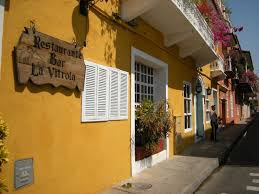 The reason why is because it is located at a privileged corner of the walled city, the ambience is really fabulous, it’s not big but it’s not small and the decoration with antiques from all eras of Cartagena is discrete and charming.

The menu is based on Cuban food but there are also some international and signature dishes. Good wines and excellent Champaign are always suggested by a professional staff that offers a very good service all over the restaurant.

At night it gets going with a Cuban music band that makes the party ignites all over the place. 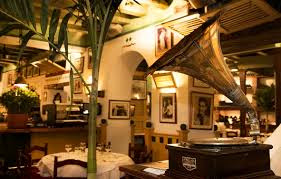 If you go to La Vitrola, for sure you are going to have good food, a great time and maybe will be seated next to someone famous or a VIP.
https://www.facebook.com/pages/La-Vitrola/121643297906535

At the Club de Pesca you will not only be eating very good seafood but it’s such a nice site that the visit to this restaurant will be unforgettable. 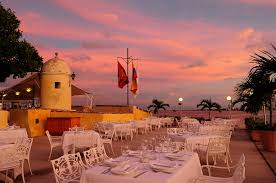 The restaurant is located at the Fuerte de San Sebastián de Pastelillo, one of the fortified jetties constructed by the Spanish crown to deter possible invaders to the richest city of the Caribbean during the colony, from the late 16th century well into the 18th century.

The view over the Cartagena bay is majestic, and the food at the Club de Pesca is as good as the sights. 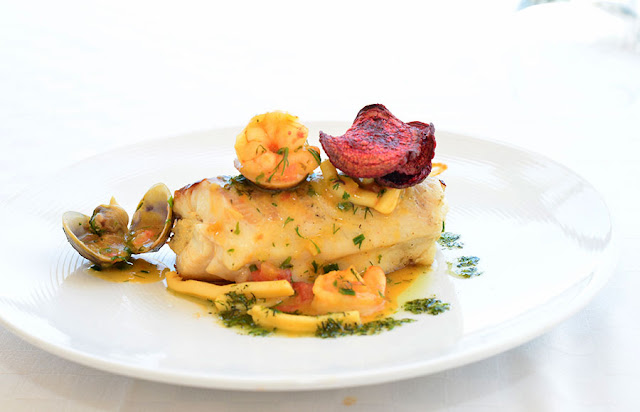 If you want to have a romantic dinner, a compromise, a family or friend’s reunion, a wedding or a corporate meeting this restaurant is a perfect choice to do so.

Just outside the walled city in an ample mansion at the barrio El Cabrero, dated from the beginning of the 20th century, “La Langosta” that means the Lobster has been offering splendid and delicious seafood for more than 30 years. 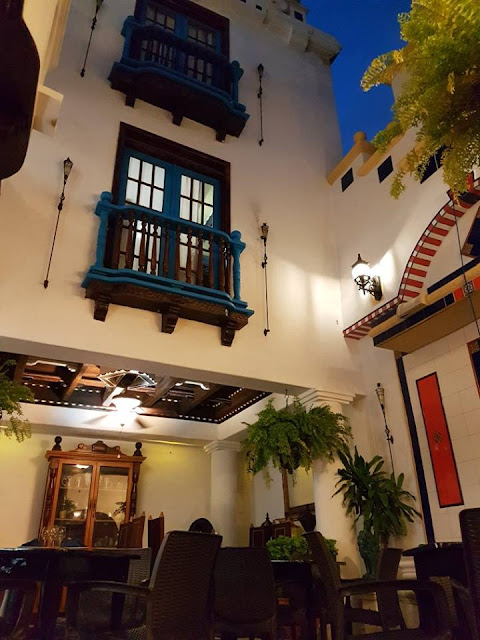 They offer lobster cooked to perfection in 20 different recipes that make the visit to this wonderful restaurant a delicious motive to enjoy at lunch or dinner.

In the menu they also offer fresh catch of the day and their chefs are experts in cooking fish in different forms. 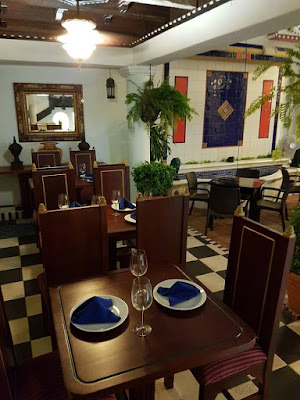 It’s a nice place to be at and the house is a work of art in a neighborhood that is one of the many treasures of Cartagena.
http://www.lalangosta.com.co/

Since 1978 the “Olla Cartagenera” has been attending guests at the same place in the touristic sector of Bocagrande.

Outside it doesn’t looks like the best gourmet experience you will have, but as soon as you enter you will feel the aromas of good food on the air. 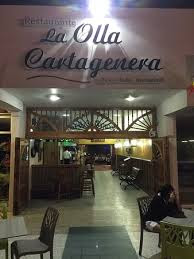 They offer a very big menu with so many delicious dishes it turns to be a difficult decision to just choose just one main dish. It is a mix between Cartagenero, Mediterranean and Arab food that will make you think twice about what to order.

The attention is very familiar and sometimes you will feel like in a house and not in a restaurant, but don’t get it wrong, the food is marvelous.
They say about this restaurant that if you come one time you will come back again and again.

It is one of the best seafood restaurants in Cartagena as their Cazuela de mariscos (seafood casserole) is legendary. They have been located in the same corner of the barrio San Diego since the last century. 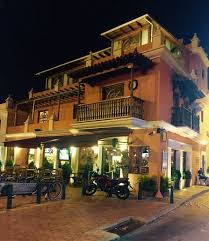 The decoration is like the submarine of captain Nemo from the novel of Jules Verne should look and the waiters are dressed like marine cadets.

The seafood is good and it has been returning to gain some popularity in the last few years.

It is a classic restaurant of Cartagena and it is a good stop for lunch or dinner time.

Just over the plaza de San Diego this iconic restaurant of Cartagena marked a revolution in local gastronomy when it opened in the last part of the 20th century. 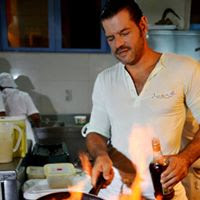 Owned by a chef called Juan del Mar this restaurant with his signature name offers Mediterranean cuisine made in part with some local ingredients and approach. The place is one of the best that you can find to eat day or night at the walled city, as is located at one of the trendiest plazas of colonial Cartagena.

The food is great and the sangría (Spanish origin beverage of wine and fruits juices mix) is famous. Make sure you have some. 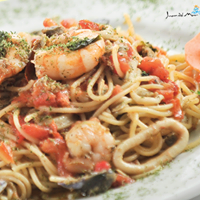 Socorro had a tent at Bazurto the popular market of Cartagena where she became an icon of the culinary traditions of the city and its surroundings.

The recipes that she had received from her grandmother are kept on by her family who made the “Casa de Socorro” in her honor.

At this restaurant customers will taste typical food at its maximum expression. From seafood to many kinds of meats and the world famous coconut rice.

You will feel and eat like a local with good service to your table.

If you want to read a Spanish version of this blog go to https://tousrcolombia.blogspot.com.co/2018/02/5-restaurantes-clasicos-en-cartagena-de.html

Check my tours of Cartagena at:
https://www.gpsmycity.com/gps-tour-guides/cartagena-5045.html

And also the GPS Audio tours at:
https://voicemap.me/authors/nestor-melendez

Remember always that
“Travelling makes you a better person”

Popular posts from this blog 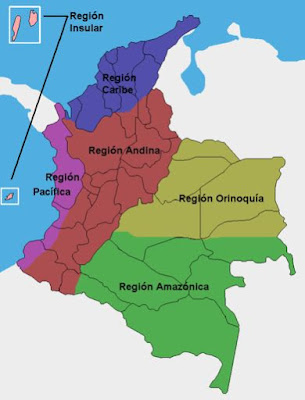 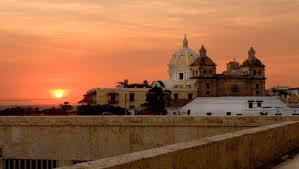 FANTASTIC CARTAGENA The essential old city and walls tour Chapter # 1 By: Néstor Meléndez Soler For Top Colombia Tips This article is now available as a mobile app. Go to GPS TOUR to download the app for GPS-assisted travel directions to the attractions featured in this article. https://www.gpsmycity.com/gps-tour-guides/cartagena-5045.html W elcome to Cartagena de Indias, the biggest prize in the Caribbean Sea for pirates ; it was here, in the times of the colony (1533-1819) where most of the gold, silver, emeralds and agricultural produce like potatoes, corn, tobacco or sugar, were gathered and sent to Spain 2 times a year in a huge fleet of ships. Cartagena de Indias was founded (1533 AC) in this specific location by the Spanish conquistador Pedro de Heredia, because it had natural defenses to stop attackers by sea and also by land. The initial settlement was made on the terrains of a tribe called Kalamari from the Karib family . It is on the shores o
Read more 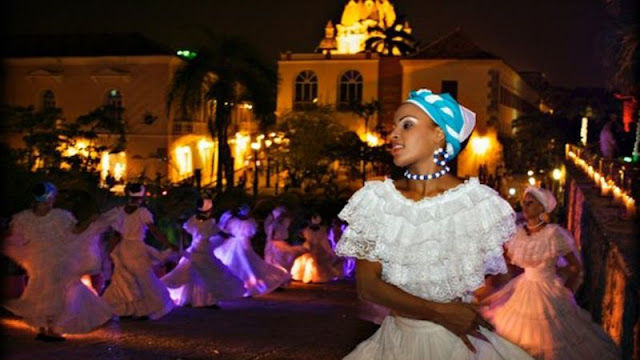 TOP COLOMBIA TIPS 8 CLASSY AND CLASSIC HOTELS AT CARTAGENA DE INDIAS:   Néstor Meléndez  Top Colombia Tips Cartagena de Indias is a top Caribbean destination to be enjoyed by travelers from all around the world. Since the late 1940’s Cartagena became a touristic city especially for Colombians from the Andean cities of the country. In 1984 the Unesco proclaimed Cartagena as a World Heritage City , because of the preservation of its military defenses, fortifications, the port and old colonial city. Since then, it has turned to be an international hot spot for world class tourism that is attracted to history and also to the beaches and the surrounding islands. The best hotels of Cartagena are located by the beaches and by the walled old city. This are some of the recommendations for your stay at this wonderful place on earth that will give you unforgettable vacations. This are hotels that offer good quality and are very well rated by their guests.
Read more